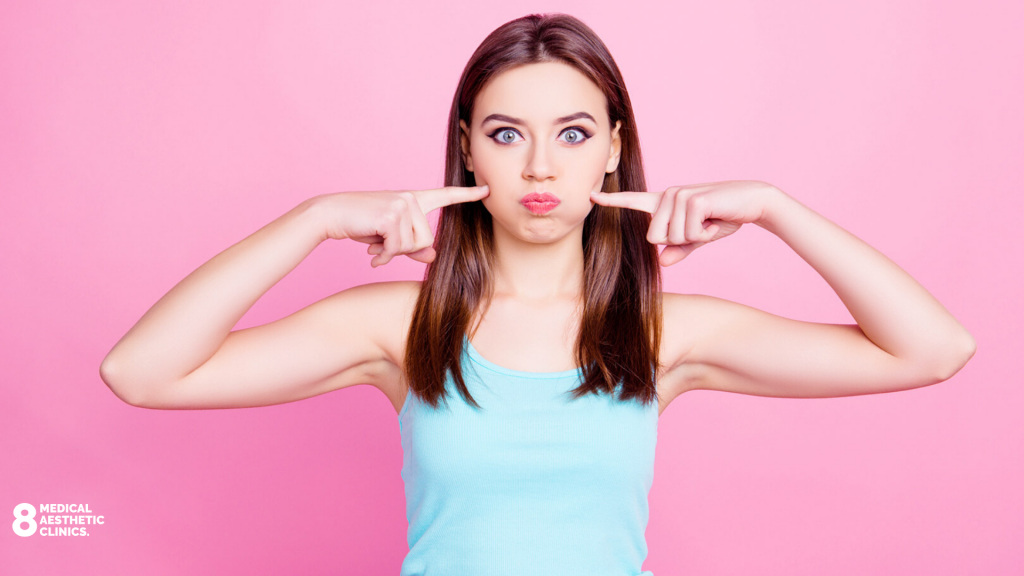 Have you looked into the mirror sometimes and noticed that your cheeks appear more sunken compared to when you were younger, giving you a ‘haggard’ or tired-looking face even though you had that 8 hours of beauty sleep the previous night? With age, you could be gradually losing volume in your cheeks as the fats slowly migrate downwards causing jowls and a less defined jawline.

Dermal fillers serve as an important treatment for anti-aging and facial rejuvenation. In fact, both men and women today are undergoing fillers to restore volume loss, sculpt or enhance their faces.

Cheek fillers aim to restore volume loss as full cheeks are associated with youthfulness. However, “too much of a good thing is bad for you.” Overzealous filling of the face will result in a bloated appearance. When the face is overfilled, important structures of the face such as the cheekbone and jawline lose definition and ironically one looks less attractive.

Specifically, the cheeks are one of the most common areas where overfilling can occur in inexperienced hands, resulting in the “Chipmunk” appearance or “Pillow Face”, ruining the harmony of the face. In men, this may even result in feminisation of the face, making them look bloated and less masculine. 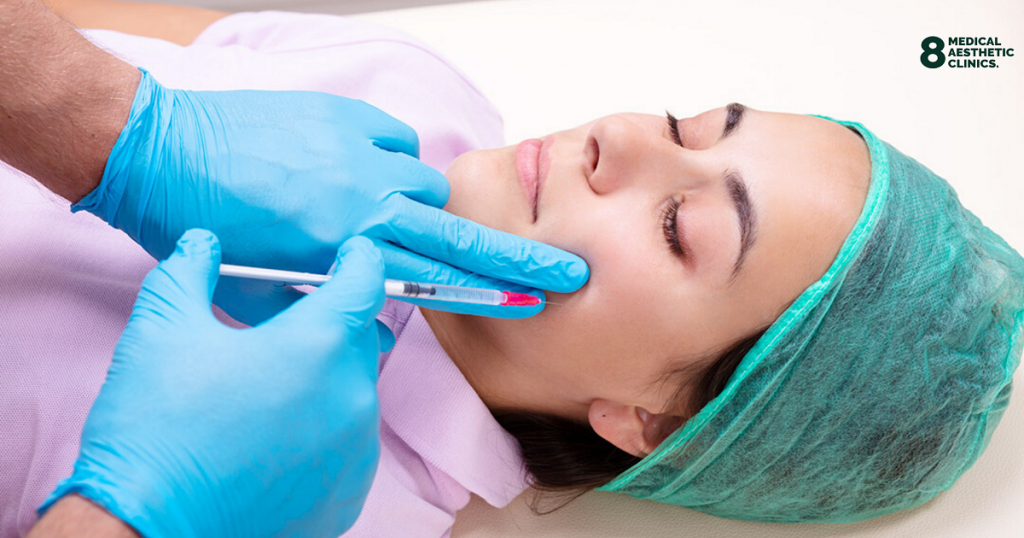 Communicate with your doctor on the results you want to achieve, keeping in mind two main factors contributing to an overfilled appearance that you want to avoid:

Too many syringes of fillers injected into your cheeks will result in a bloated appearance. Excessive cheek filler should be avoided to keep natural facial proportions. Your cheeks need to be in balance with your eyes, chin and nose in the midline; and the temples and buccal hollows (below the cheekbones) at the sides.

In general, a small amount of filler injected and reassessed before injecting again in a step-wise fashion will result in the most predictable and natural results. Further, other areas such as the undereye, temples and buccal hollows may need to be filled for a smooth transition of the face after cheek fillers.

Your cheeks comprise most of the mid-face and therefore placement of fillers in this area has to be very precise to achieve natural results. Misplacement of filler by a few millimetres is enough to ruin the aesthetics of your face. For example, placing filler too laterally will result in further widening of your face, especially in Asians as we generally have wider cheekbones.

The second most common mistake injectors make is to place fillers too low in the cheeks resulting in at best, minimal to no results and at worst, adding of more filler volume in an attempt to compensate for the incorrect placement in the first place. Akin to a good makeup artist who will apply blusher high up in your cheeks and just below the undereye to highlight this area, an experienced injector should inject fillers in this same area to provide projection.

Fillers placed in the correct anatomical positions in the mid-face will also provide support to the ligaments of your face, providing a subtle lift. When your face is lifted, less filler is needed to volumise the cheeks, preventing the risk of overfilling.

However, it is important to note that if you have significant skin laxity, a small amount of cheek filler may not provide an obvious result. Most likely, you will also require skin tightening treatments such as long-pulsed lasers, high-intensity focused ultrasound and threadlift in addition to fillers for a better result.

Last but not least, I have noticed a recent surge in a number of my patients who have had prior fillers performed resulting in overfilled cheeks during our first consultation. The solution is to first dissolve the existing fillers in the overfilled cheeks, followed by a re-assessment later to inject appropriate amounts of filler in the correct positions of the cheeks and surrounding structures such as the undereye, temples and the buccal hollows, to smooth the transition with the cheeks and restore harmony to the face. 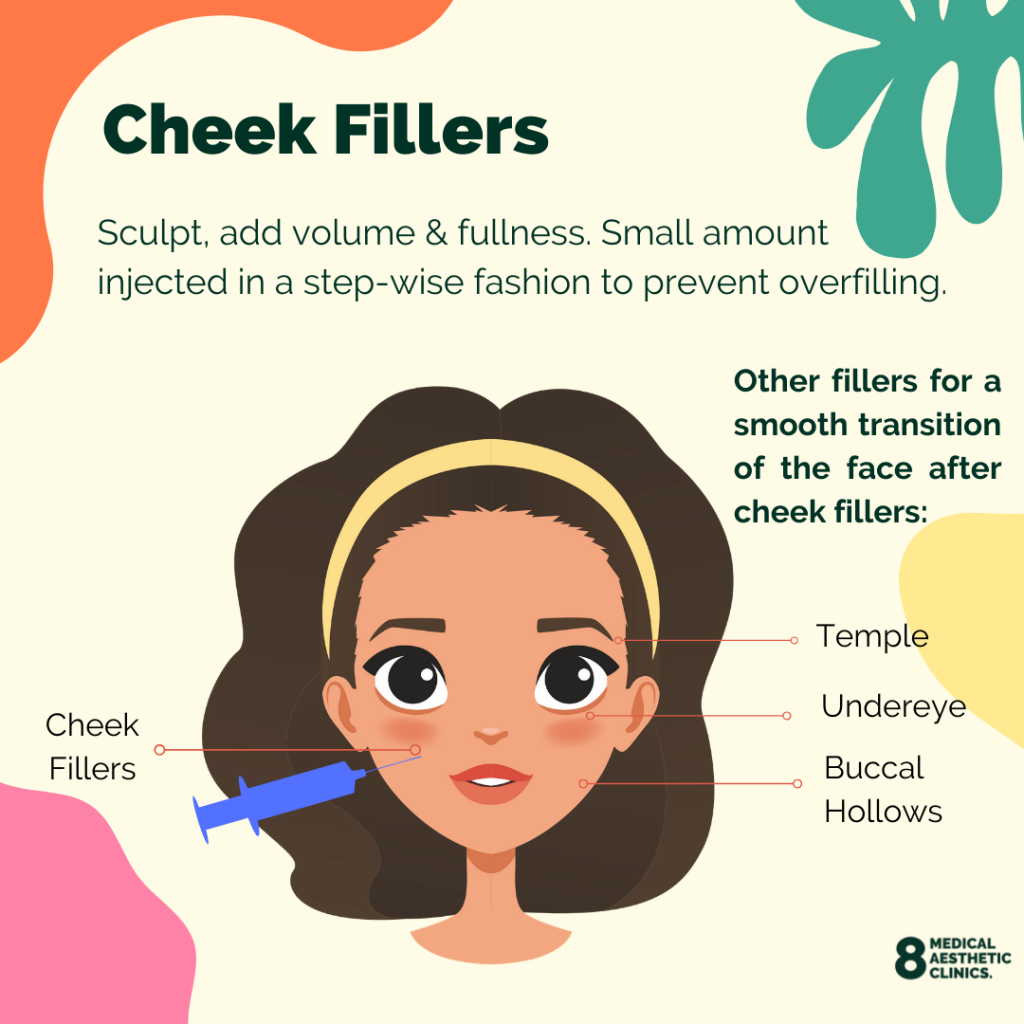 In summary, fillers in modern aesthetic medicine are used to effectively provide a natural rejuvenation and anti-aging effect with minimal to no downtime by restoring balance and proportion to the face. Fillers should not be used in huge volumes to bulk up the cheeks. Instead, your injector should be absolutely clear on the amount and position of any filler injected into your cheeks. Remember, very drop of filler should have the end goal of making your face look more attractive.

A subtle mid-face rejuvenation is the key to a good cosmetic outcome. If someone can tell that you have had a lot of cheek fillers done then it becomes a less than desired result. On the other hand, if no one can pinpoint why you look more attractive and fresher after cheek filler, then that is a compliment.

« The Ideal Nose In 5 Minutes Without Surgery: A Doctor Tells All
The Secret to Brighter Looking Eyes Revealed »

Disclaimer: The material contained in this is for informational purposes only and do not constitute medical advice. The content is not intended to be a substitute for doctor's advice, diagnosis, or treatment.